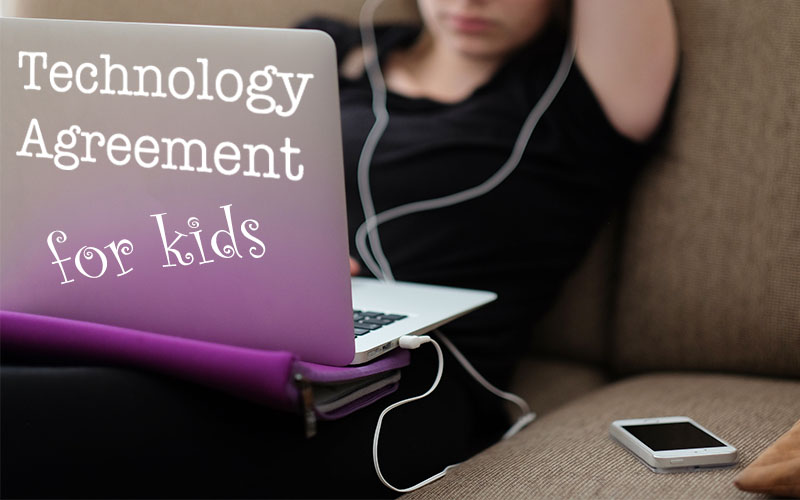 When I was growing up in a small suburb outside of Philadelphia, life was pretty simple. We were free to roam the neighborhood, and happy to play with our friends until the sun went down. My Mom would ring a cowbell which I could hear from blocks away, the audible sign that dinner was ready. We had action figures and board games.  We played “ghost in the graveyard” and loved to get ourselves filthy in mud. Times were simple, times were good. And oh, times have changed.

I’m now a parent with my own 3 kids. Technology is central to my career, my wife’s career, and everyday life. Technology is, well, awesome. Ironically, my wife and I find ourselves grasping at straws with how raise children with the technology they have access to today. No longer is it a simple lecture about “don’t talk to strangers” and “look both ways before crossing the street.”  It’s now a long and complicated technological klumberfutz. Yeah, I know that’s not a real word. But it’s how it makes me feel about how complicated parenting feels because of technology.

Technology proficiency is absolutely required in this day and age. I’m happy that my kids picked up technology early and find it second nature. We have been very diligent parents with teaching them how to use their computers and handheld devices responsibly. Just like our parents did, we give them the do’s and don’t’s, and then do our best to check in to make sure they can handle it. We wonder though, is it enough?

Like any self-respecting 13-year-old, our oldest daughter wanted a cell phone.  Apparently, ALL of her classmates had one already and we were apparently the worst parents ever for not having given her one.  *sigh*

We were lucky to have a close family member give us an extra cell phone, so it was the perfect opportunity to finally let her have one. There was no use resisting the inevitable. Instead of being scared of it, Sharon and I embraced the opportunity. Surprisingly, not just the opportunity to give my 13 year old her own phone, but to formally document the proper technology usage that we already had talked about and been practicing in our household.

As I assembled ideas from various sources around the Internet, I quickly realized that instead of just creating this for my oldest daughter’s cell phone, I really needed to make this a general “Technology Agreement” for all of my kids. I knew it needed to cover electronic device usage, as well as behavior when communicating with others through those devices. The language needed to scale to new “apps” and new devices, and consequences for violation needed to be clear.  As I compiled the points I liked, they naturally fell into one of a few distinct groups.

After a few drafts, revisions, and tweaks, I had an agreement. Download the Technology Agreement for Kids from Google Drive

I knew the final agreement wouldn’t be perfect, but it was a good start. I sat down with each of my kids, and had them read each point out loud to me. After an opportunity to ask questions, clarify, or comment, they would initial each point to show they understood it. Luckily, these were all things we had told them already, so there were no surprises. It just felt really good to formalize everything. They took it seriously knowing they were putting their initials next to each item. Our goal is to re-visit the list each year, update it as necessary, and re-sign it. This will keep these agreements fresh in their heads, and in ours.

The bottom line is I want to teach my kids to be responsible, think about their actions and agreements they make with others.  Most importantly, we hope they learn how to keep themselves aware and safe when using technology. That’s really all we can do as parents. Some day we must let go of them, and hopefully this is one thing we did to point them in the right direction.

Your Feedback is Requested!

My hope is that other parents who were on a similar search to find a way to protect their kids, find this agreement as use it as a starting point for their families.  Please feel free to contact me, let me know what parts work for you, which didn’t.  What parts did you modify for your family and why?  I’m very interested in making this the best possible resource for my fellow technology-caring parents.

Webb Pickersgill is a fun loving Dad to three awesome kids and the best wife ever.  He’s been a computer geek ever since he got his first computer, a TI99-4A.  Technology is in his blood.  He has 10 years in I/T setting up systems and web development, 10 years in the film/video industry working as an editor, visual effects artist, and has now combined these skills working as game director in the video game industry.